This two-week trip allows you to see three very different sides to Turkey. Start in culturally rich Istanbul to delve deeper into the sights with private guiding, followed by a trip to captivating Cappadocia where geological wonders have wowed humanity for time immemorial. Finish in the luxe enclave of Six Senses Kaplankaya near Bodrum.

Couples, friends, families with older kids; some of the sightseeing might be challenging for younger children

April to October, although bear in mind Cappadocia can get quite hot in August

How to get there:

Direct flights to Istanbul, then fly to either Nevsehir or Kayseri for Cappadocia, followed by a flight to Bodrum via Istanbul for the beach

Istanbul is known as the meeting place between east and west and in this multicultural city, you’ll have three nights to uncover its secrets. Get to know Istanbul with a full day walking tour with a knowledgeable guide to visit the Blue Mosque, St Sophia and Topkaki Palace, stopping for lunch at an Ottoman cuisine restaurant before learning the traditional marbling Ebru effect in a painting lesson. End the day with a wander around the atmospheric Grand Bazaar.

Your next two days will be filled with more of Istanbul’s fascinating sights. Take to the Bosphorus on a river cruise or delve deeper into Turkish culture with a baklava or Turkish delight tasting. If you’re interested in local life, let us arrange a dinner party at an Istanbul resident’s house or if you like food and wine, we can arrange a specialist guide for a stroll through the local markets, sampling its treats.

Formally a 19th century Ottoman palace, the Four Seasons Istanbul is a grand, elegant place to stay, located on the banks of the Bosphorus, with the Dolmabahçe Palace as its neighbour. Its refined neo-classical exterior reveals opulent interiors, smart bedrooms and bathrooms draped in marble. Its shimmering swimming pool sits alongside the river, with a flower-filled garden, outdoor restaurant and bar completing the scene.

From Istanbul you’ll fly to Nevsehir or Kayseri, southeast of Istanbul and transfer to Argos Cappadocia where you will stay for the next three nights. One of the world’s most extraordinary sights, Cappadocia has entranced mankind with its geological wonders – a volcanic landscape formed millions of years ago, dotted with unusual cone-shaped rock formations and ancient caves, churches and streets carved out by former settlers. You will see Cappadocia from the air on a hot air balloon ride setting off at dawn; part of the spectacle is also watching the other hot air balloons rising around you, adding to the sense of visual drama.

You’ll also have a chance to explore the area by foot, bike or jeep, a must is the Göreme Open Air Museum, a UNESCO World Heritage Site and a 17th century pilgrimage site which includes churches, chapels and monasteries. Iconic Rose Valley and its tall, sculpted ‘fairy chimneys’ set in a landscape of pink-hued ridges and jagged peaks is a fascinating sight.

Part of the experience is staying at atmospheric Argos Cappadocia hotel, which overlooks the Pigeon Valley and the fairy chimneys, and is carved into the rocky landscape. Using local wood and stone the hotel has cave-like rooms, private Jacuzzis, terraces set into the stone and even an underground tunnel. Enjoy the privilege spectacle of sun rise and sunset, surrounded by lunar landscapes that have been here for millenia.

After your in-depth exploration of some of Turkey’s most intriguing sights, it’s time to head to its equally famous coastline for some classic holiday relaxation. Fly to Bodrum via Istanbul and transfer to the coastline, where sea, sky and sand creates a panorama filled with blues and greens that form your peaceful and natural environment.

Alongside the coast and inland are cultural villages and archaeological wonders such as Herakleia, the Temple of Artemis at Ephesus, and the Mausoleum at Halicarnassus. Out at sea visit nearby Greek Islands of Patmos or dive or snorkel in clear aquamarine water to spot wrecks flitting with colourful fish. Or perhaps you might like to simply relax on the beach or by the pool, enjoying great service, long lunches and crafted cocktails. After five nights at this coastal paradise, you will begin your journey home, full of the varied joy that a holiday in Turkey can offer.

You will stay for five nights at the beachside hotel Six Senses Kaplankaya, a sprawling resort set amid cypress trees and olives groves, revealing three private beaches and a sensational spa. The ideal spot for beach side bliss, Six Senses Kaplankaya is all about enjoying the picture-perfect views - if you love sea views - go for a Deluxe Sea View Room which has an impressive ocean panorama.

Perfect for those that like to come home from a holiday feeling like you’ve opened your eyes to something new, this trip to Turkey not only touches on its most famous sights but also under-the-radar experiences with local guides to bring them to life. A luxury hotel at the end will be the ideal finish to your exploration of Turkey. As with all of our trips, this can be tweaked to your liking – perhaps you’d prefer to float along Turkey’s turquoise shoreline for a week’s sailing instead? Get in touch and let us put together the most wonderful holiday in Turkey. 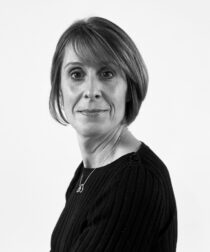 "The great thing about this trip is you'll really get under the skin of what Turkey has to offer. Plus you will experience Turkey's stunning coastline for some relaxation at the end too - you'll deserve it!"

A perfect place for the whole family

Island Hopping in the Cyclades