In these wildly beautiful and remote areas of Africa, some of the most interesting animals reside. So, take a walk on the wild side and see Africa at its purest.

Even in a continent as wild as Africa, there are still some truly untouched areas where human habitation is scarce, untamed bush runs free and wildlife thrives unimpeded. Exploring these areas gives you a thrilling feeling in an undiscovered land.

"One of the greatest pleasures of time spent in Africa is the opportunity to step far away from the beaten track. Simply standing in the bush surrounded by the sights and the sounds of nature, not knowing which animal may appear is such a thrill." 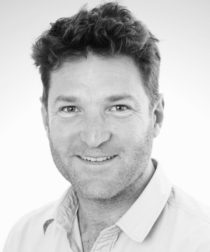 This is likely to be considered one of Africa’s greatest wildlife restoration stories. Thanks to the Gorongosa Restoration Project as well as the input of local communities, conservationists and international teams of scientists, the park’s one million acres of savannahs, rain forests, gorges, caves, lakes, rivers, waterfalls and grasslands are home now to over a 100,000 large animals – or as Carr puts it ‘a sea of wildlife’.

We can’t wait to visit again as we know that this will be the perfect combination to Mozambique’s porcelain-white beaches and rich Indian Ocean coral reefs for those who want true contrast, incredible wildlife and an oﬀ-the-beaten-track holiday of a lifetime.

At the southern end of Africa’s Great Rift Valley, Gorongosa was once considered a wildlife paradise.  Back in its 70s heyday, it was frequented by glamorous celebrities and its animal populations were plentiful and healthy. Then with civil war came the decimation of this beautiful park and most of its animals. The story seemed over for Gorongosa but in 2008, American entrepreneur and philanthropist Greg Carr became instrumental in funding the Gorongosa Restoration Project.

“You’ll feel utterly privileged to witness the regeneration of Gorongosa."

THE PLACE OF ELEPHANTS

Along with Kruger in South Africa and Limpopo in Mozambique, Gonarezhou forms part of the Great Limpopo Transfrontier ‘Peace Park’ where animals roam freely between each of these sanctuaries. But unlike Kruger, few visitors have experienced its rocky gorges, waterfalls and meandering rivers – or sensed the elicit wonder of the pink and terracotta Chilojo Cliﬀs, a deﬁning feature of this raw and untouched wildlife paradise. The ﬂoodplains and forests of mopane and giant baobabs are home to 150 mammal species including a staggering number of African wild dogs, as well as 400 bird species among which are Pel’s ﬁshing owls and spoonbills attracted to the lily-strewn pans.

Gonarezhou – or ‘The Place of Elephants’  – is an apt name for a reserve that’s home to almost 11,000 pachyderms, one of the highest densities of these animals on the African continent. It’s hard to comprehend the size of this last great wilderness area.

"This big chunk of wild Africa can be explored without seeing another soul and you can opt to stay at a simple mobile tented camp, an eco-safari lodge or a top-end retreat – the grand sum of the accommodation options, as diverse as the land on which they lie."

One of East Africa’s best kept secrets, Ruaha is a vast untouched wilderness with a staggering ecosystem.  Those that do are in for a rare treat. Big game is a huge draw and the predators are voracious, including a huge population of lion that specialise in hunting giraﬀe. Ruaha is also home to a large variety of antelope, oribi, eland, kudu and sable which you are unlikely to see elsewhere in East Africa.

The best way to experience the arid landscapes of Ruaha is by walking safari. The lack of tourists or vehicles means you can enjoy an untamed Africa where animals live only by nature’s rules. To track the elusive wild dog, you’ll pass by giant thousand-year-old baobab trees, walk between escarpments and follow ancient dry sand rivers. As dusk falls hear the performance of African theatre come to life, leopards rasp and lions roar.

About the same size as Wales, this under-the-radar destination is the second largest national park in Africa, and with the Udzungwa Mountain range cutting this tract of wilderness oﬀ from casual tourists, only serious safari-seekers come this way.

"Walking safaris in Ruaha rival the household names of the Luangwa Valley safari circuit but the difference is that you won’t have heard of them. Fly camp, walk between escarpments and watersheds following ancient dry sand rivers and immerse yourself in this living diorama where wild dogs and sable antelope roam."

Designed by the same team who created tropical fantasy North Island in the Seychelles, Miavana, located on remote Nosy Ankao island off north-eastern Madagascar, has the same jaw-dropping wow-factor.

Mysterious Madagascar has always danced to its own beat. Having broken oﬀ from India (not Africa) millions of years ago, it was ﬁrst populated by voyagers from Borneo, then millennia later by Africans who sailed across the Mozambique channel, followed by the French.

This gives it a blended, otherworldly quality where culture revolves around spirits, rituals and taboos held dear by the Malagasy; with wildlife that seems totally untouched. Electric-blue butterﬂies come as big as your hand, ﬁngernail-sized chameleons change colour before you, and wide-eyed lemurs ramble through lush tropical rainforest.

“For the ultimate beach retreat and the opportunity to see wildlife like no other, Miavana is truly one-of-a-kind.”

PART OF THE ROYAL PORTFOLIO COLLECTION.
An exclusive tented camp situated in the eastern part of Gorongosa National Park has just eight immaculately styled luxury tents with private plunge pools. Each is uniquely decorated by Liz Biden with luxurious fabrics and missanda wood, echoing the halcyon days of the 1970s when celebrities such as John Wayne, Joan Crawford and Gregory Peck visited.

Located on the Mussicadzi River, Muzimu Camp is gently integrated within the surrounding vegetation to promote minimal impact and to blend in with the riverine trees. Stylish, well-appointed tents are positioned on elevated decks.
A strong thread of authenticity spreads throughout the camp, enhancing the colours and ﬂavours of Mozambique’s rich culture and cuisine.

Set high among dramatic boulders, Singita Pamushana brings über levels of luxury to Zimbabwe. The lodge is situated in its own private reserve bordering Gonarezhou with nine thatched local Shangaan design pool villas, each with views of the emerald Malilangwe Dam where you see elephants come to drink and swim.

Founded by award-winning conservationist Clive Stockil, Chilo Gorge is a warm, welcoming lodge with all the creature comforts of home while retaining a wild atmosphere. Overlooking the Save River, it serves as a great base to explore the park, plus the spectacular Chilojo Cliﬀs by way of the Chilojo Adventurer, an exceptional three night sleep-out safari.

Owned and run by safari experts, Ikuka’s six open-sided rooms are strung out along an escarpment providing panoramic vistas of the wilderness beyond. This is a small and intimate camp where you can expect sumptuous detailing along with exceptional service and guiding, plus the added opportunity to explore the bush on foot via a walking safari.

High on an outcrop, Jabali Ridge is an excellent vantage point for overlooking palms and baobabs rising from the African landscape and across to the Mwagusi River. Camouﬂaged within the boulders are eight romantic suites, and Jabali private house is great for families; both designed with chic ﬂair, providing endless views from their private decks.

The Best Private Guides of Africa

A Man For All Seasons: Our Recommendations For The Best Private Guides In Africa